Microsoft Azure and Office 365 is expanding rapidly. Early November Microsoft announced it will open new regions (a cluster of datacenters) in both the UK and Germany, adding to the current European regions in Ireland (Dublin) and the Netherlands (Amsterdam).

According to The Verge

By placing its data centers under the control of a Germany company (T-Systems)as a “data trustee,” Microsoft is forcing any requests for information to be routed through Germany authorities.

Ecommercetimes reports about the role of a data trustee

The new Azure datacenters will be located in Magdeburg and Frankfurt am Main. Frankfurt is an obvious location as it is the financial heart of Germany. Amazon already has datacenters here.

Microsoft will offer Azure, Office 365 and Dynamics CRM services in Germany starting second half of 2016.

The press release of Deutsche Telekom has some interesting details on this data trustee model.

Azure services in the UK

Expanded facilities in Ireland and the Netherlands

In addition, Microsoft announced the completion of the most recent expansion of its Ireland site and that its data center facility in Middenmeer, the Netherlands, is now operational. 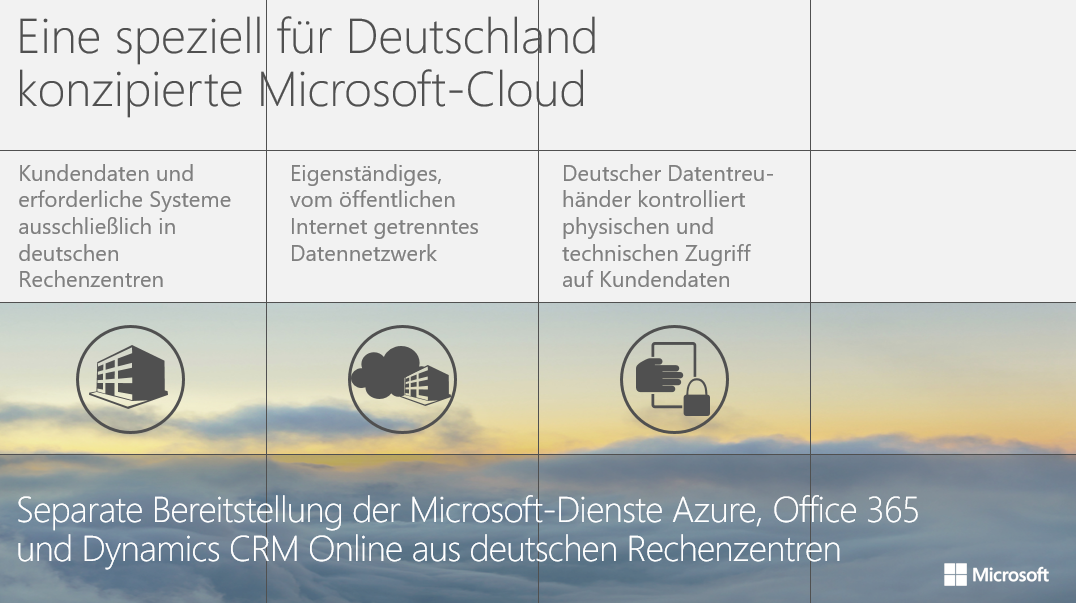