To prevent , customers can use the paired region. However that might be further away which has a negative effect on latency.

Now in preview , once Availability Zones are general available Microsoft will provide a 99.99%  uptime  for the virtual machine SLA.

Azure has regions which is a group of datacenters (two or more) grouped close to eachother (roughly near a large city like Amsterdam or Dublin. Each region is paired to another region which is far enough to avoid both regions will be affected by natural disasters.

Availability zones makes it possible for customers to spread virtual machines over datacenters part of the same region. Each region which has the Availability Zones feature has at least three zones. A zone is a datacenter which has its own cooling, power and networking. The image below explains the availability zones. 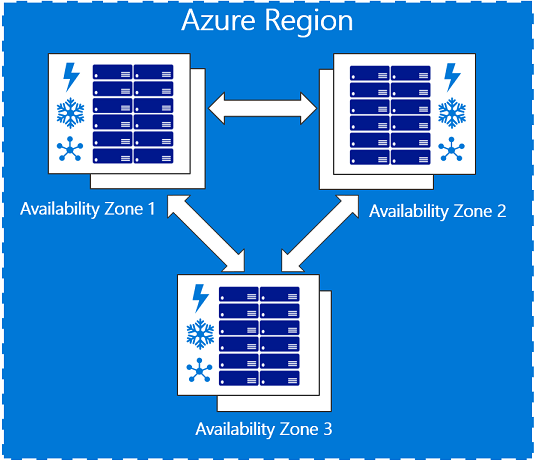 Availability Zones are currently available for a selected number of virtual machine sizes;